You've now found the staple t-shirt of your wardrobe. It's made of 100% ring-spun cotton and is soft and comfy. The double stitching on the neckline and sleeves add more durability to what is sure to be a favorite!

The new JAZZTOWN Movie T-Shirts are here! Designed by director Ben Makinen, these will attract great fortune to all that wear them!

You've now found the staple t-shirt of your wardrobe. It's made of 100% ring-spun cotton and is soft and comfy. The double stitching on the neckline and sleeves add more durability to what is sure to be a favorite!

Meet the director of JazzTown

Ben Makinen is an independent award-winning filmmaker, producer, composer, and recording artist. He is the founder and president of the record label Bmakin Music and of the film production company Bmakin Film. In 2020 he founded the International Modern Film Alliance (IMFA) offering workshops around the world to "teach and promote the art of storytelling through the marriage of music and film."

Make a donation today and help Ben continue to make films and offer workshops that educate and entertain! Short films from his IMFA workshops held in Bali, Indonesia can be seen on YouTube by clicking on this sentence!

Please use the  Pay Pal  “Donate” button above, or donate at Venmo:

“Thank you so much for supporting artists, especially during  a pandemic that has seen the entire gig economy upended, leaving many in this industry unemployed,” Ben Makinen.

Ben's short film Anthropocene is a finalist in the 2021 Cosmo Genetics Film Fest in Saint Petersburg, Russia; and 2019 Official Selections of both the Nederland International Film Fest and the EFPalooza Film Fest in Colorado, USA.

One of Makinen's more recent Music Videos, "Hypomania", was selected as a 2021 Finalist at the Fourth Dimension  Independent Film Festival as well!

Ben Makinen received the award for Best Sound Design in the 2019 Nederland International Film Festival as the director of the music video Alone At Sunset.

Makinen is a Grammy voting member of The Recording Academy, having joined their Producers & Engineers Wing in 2013.

The Emerging Filmmaker’s Project chose Ben’s short film The Mission as an Official Selection of the 2020 EFPalooza Film Festival. The Mission is also a 2021 Finalist at Bali's Fourth Dimension Independent Film Festival!

Ben received the award for Best Sound Design in the 2019 Nederland International Film Festival as the director of the music video Alone At Sunset.

Ben Makinen founded the International Modern Film Alliance in March of 2020. The IMFA’s mission is to teach and promote the art of modern storytelling through the marriage of music and film. He has begun workshops in Bali, Indonesia in partnership with The Bali International Film Festival: Balinale.

Born in Maine, Ben grew up in California, Washington, and Oklahoma before graduating high school in Colorado.

Seeing Miles Davis perform live three times and then meeting the Dalai Lama in person forever changed the way Ben would approach the art of music and film~with honesty, strength, beauty and compassion.

As a drummer and percussionist, he has been touring the world as a sideman since 1985 with r&b, funk, and rock bands, jazz trios and big bands, avant-garde electronica ensembles, in Broadway shows, and on international cruise ships.

Makinen composed the score to the short film Strong Tea directed by Kelly McAllister, and has composed and performed music for his films JazzTown, Anthropocene, & The Mission.

Ben is the producer of the latin-jazz album Fishleather Jacket which received the Roger Bobo Excellence In Recording Award in June of 2006.

Ben is also a 2006 Independent Music Awards Finalist- Film/TV-Multimedia for his song 6AM.

His songs can be downloaded from all major digital music vendors including iTunes and Rhapsody. As a leader and sideman, Makinen has performed on over 100 recordings.

A few of the CDs he has produced: Area 15 Live , Lost Lullaby , December , Fishleather Jacket , Rekha , Anything Goes! , Tenderly , The Goliath Beetle & The Ladybug ...

He has also produced a DVD of traditional african dance and music featuring David Gweshe's troupe Boterekwa from Zimbabwe.

Ben's recent acting pursuits have landed him a role in the zombie movie Lucky Stiff. He is also cast as a masked alien in Magnets, a film by Alan August. In the early 80s, as a teenager living in Tulsa, Oklahoma, Ben was cast as an extra in Francis Ford Coppola's film the Outsider's. Ben has also written a children's story on the adventures of two turtles named Chim & Chum. 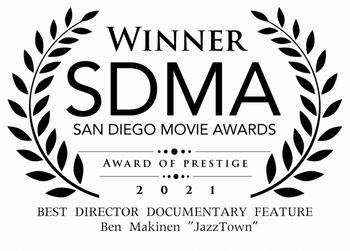 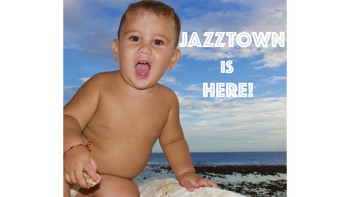 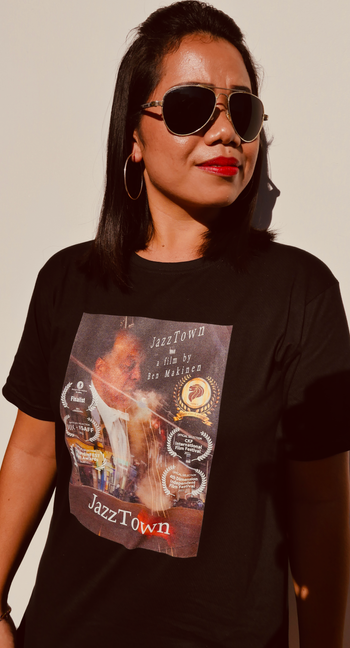 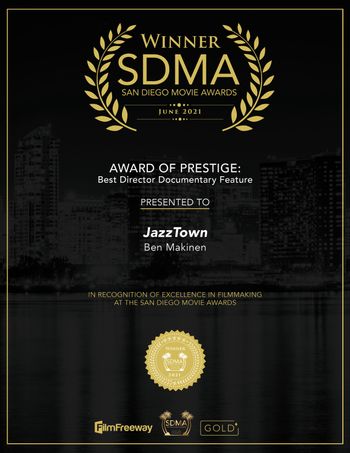 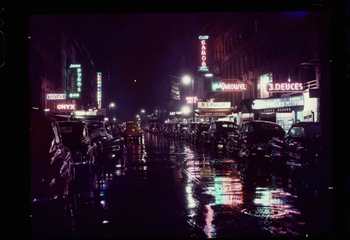 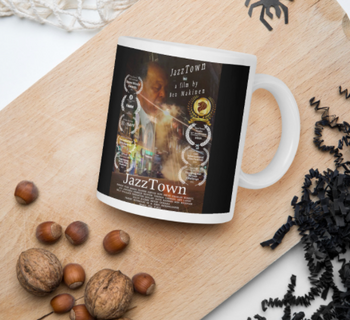 Ayo Awosika, vocalist and band leader, is featured in Bmakin Film: JazzTown, and Who Killed Jazz, directed by Ben Makinen. 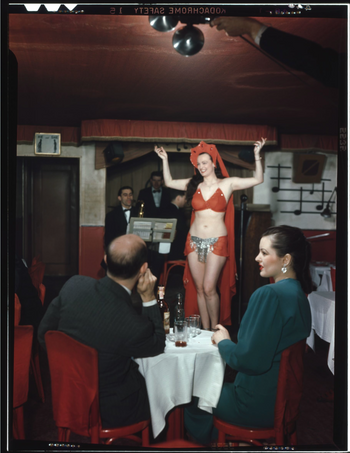 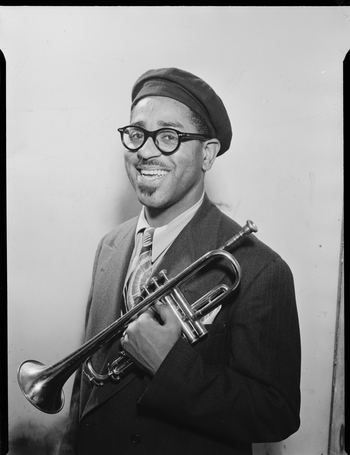 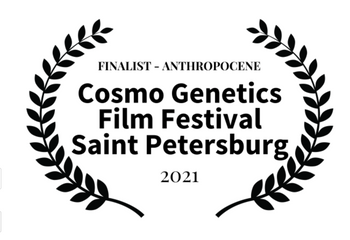 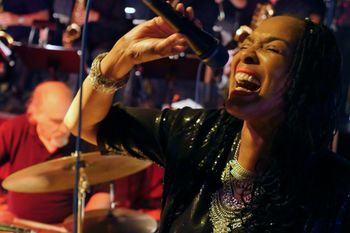 JazzTown and Who Killed Jazz, two films by Ben Makinen and Bmakin Film include photos and film of vocalist Linda-Theus Lee. 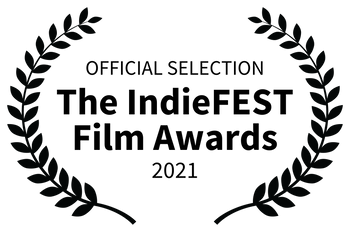 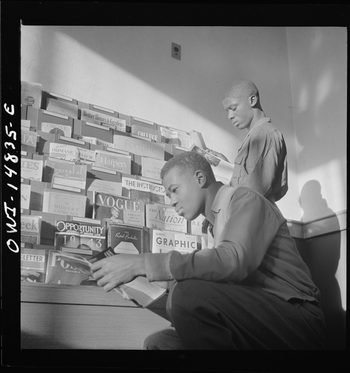 Bmakin Film: Who Killed Jazz features photos from the 1940s and 50s: this one by Gordon Parks: Students in Library at Bethune-Cookman College, Daytona Beach, Florida 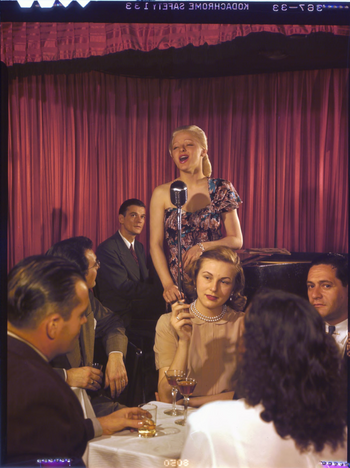 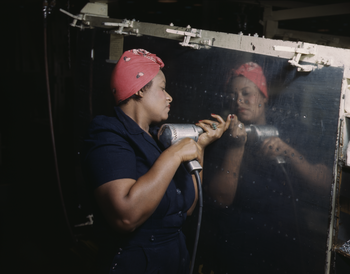 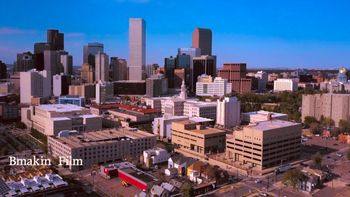